Castel Toblino, 1,2 Km from Albergo Miralghi; certanly is the most famous Castel in the Lake's Valley. Is lokated on a peninsula, connected to the main road, which overlooks on the homonymous Toblino's Lake. A few years ago it was the background  of some scenes from the film "La Dama Velata". 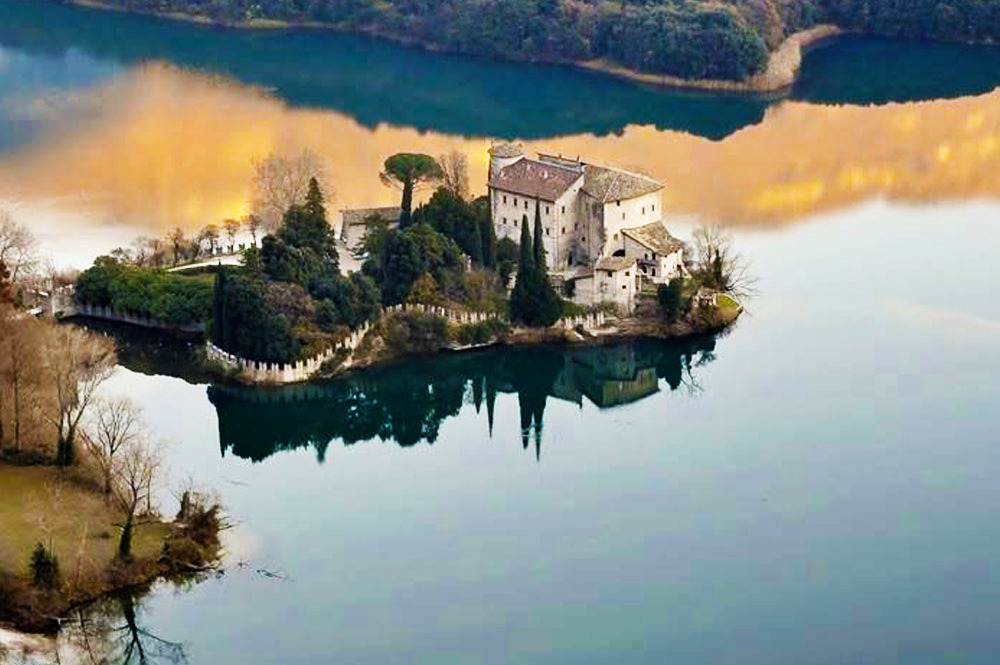 Castello di Terlago, at 8,2 Km from Albergo Miralaghi; stands on a hill from wicht dominates the town. It is a typical exemple of a fortress  with a control function. The building dates back to XII / XIV century. The Castel belong to a private family an couldn't be visited. but from outside from city walls it is possible to see the big garden., capturing its ancient grandeur. 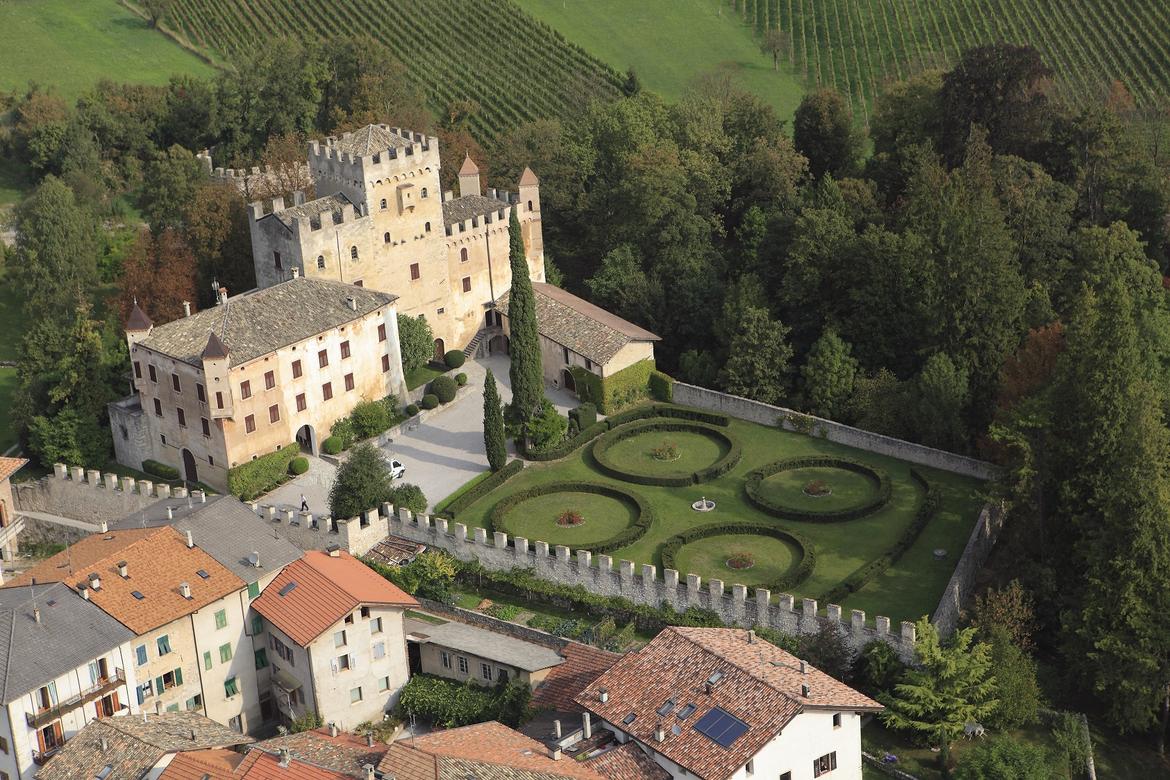 Castel Madruzzo, 5 Km from Albergo Miralaghi; ancient Medioeval Manor which stand on a rocky hill in the middle of Cavedine's Valley.  The Castle is surrounded  by a wonderful 12 hectars park incloused through a wall and characterized by  interesting trees varieties. The Castle is still in perfect condition indeed,  the fivetenth century part  is even habitable.  Currently it belong to private individuals and is on sale: 7 Milion €: you could be next owner! 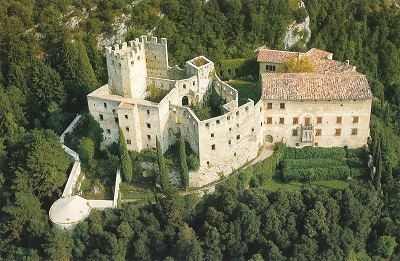 Castel Drena, 15 Km from Albergo Miralaghi;  typically medioeval Castle, is located  on top of a rocky spur to defend and control the deep  furrow dug from the Rio Salagoni and the valley of Sarca and Cavedine. Inside you can visit a permanent exhibition and exhibits ( from March to October from 10:00 to 18:00 Monday Closed). 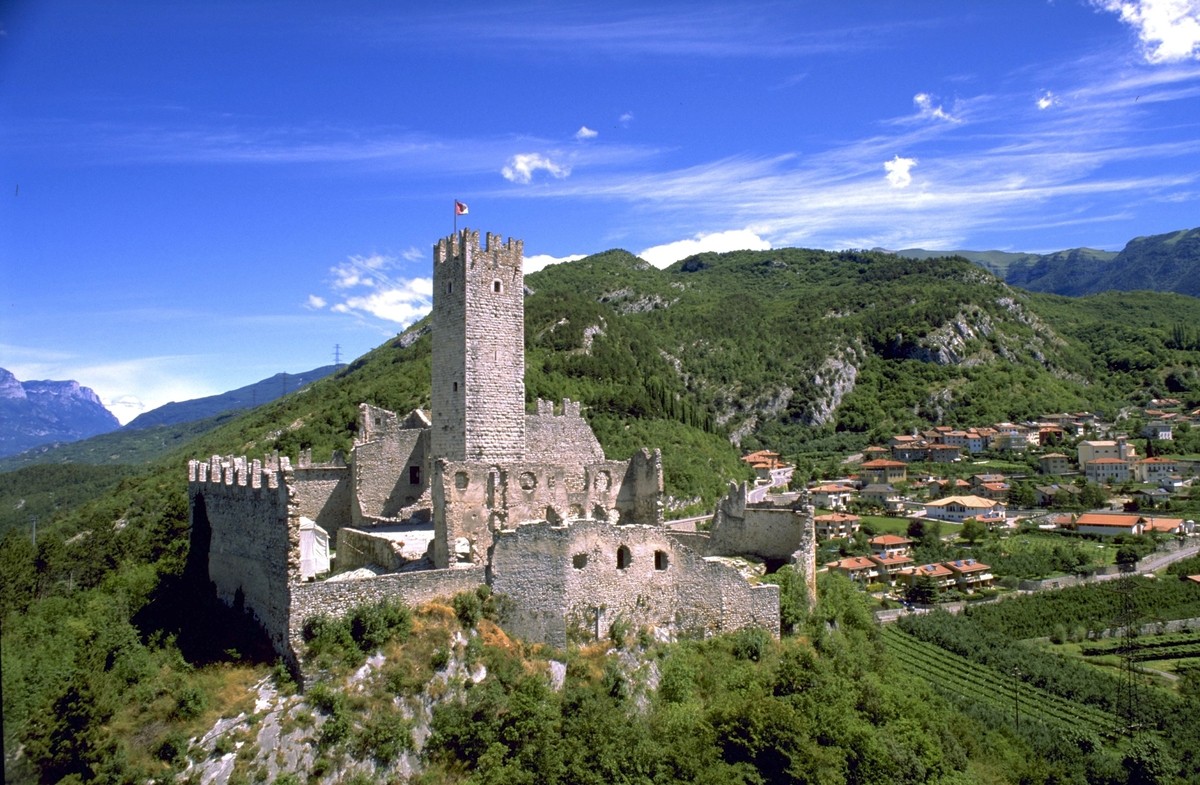 Laghi di Lamar, 10 Km from Albergo Miralaghi;  located just below Monte Paganella, they have been separated by a landslide which has given rise  to two distints basins: the most southerly naturals Lake Santo and the more turistics in the north part Lago Lamar. They are bathing.  Loketed on an uneven rock  on one side of Lake Lamar there is a deep and steep cavern,  visited only by expert speleologists, whose 400 meters of difference in altitude is the deepest cave in Trentino.  It is formed by a lot of wells and meanders connected to each other at varius altitude levels some of which are still completed inexplored. 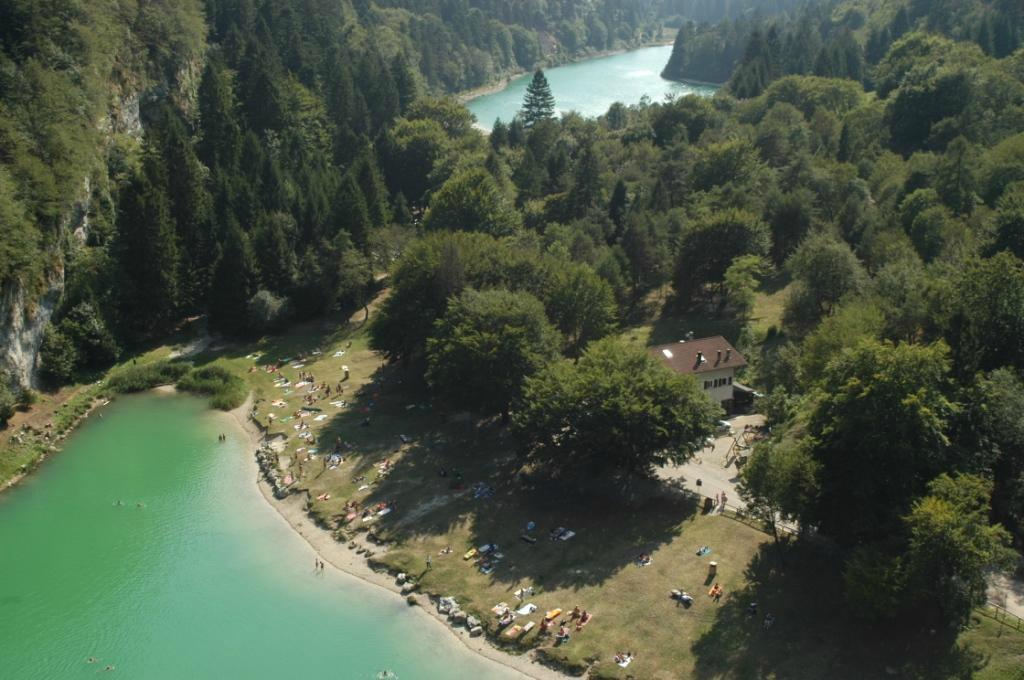 Lago di Terlago, 9,3 Km from Albergo Miralaghi; just two Km more southly from Laghi di Lamar there is a shallow hill lake. It has a surface of about 350 thousand meters and it is considered a true paradise  for fisherman.  Little curiosity in the shores of this lake were found the remains of the oldest human  settlement in the Lake's Valley.  which dated back to the late Paleolithic period, about 10 thousand years ago.  Here was found a Graffiti's Stone preserved at the Museum of Natural Science, considered one of the 70 most important talking stone in the world. 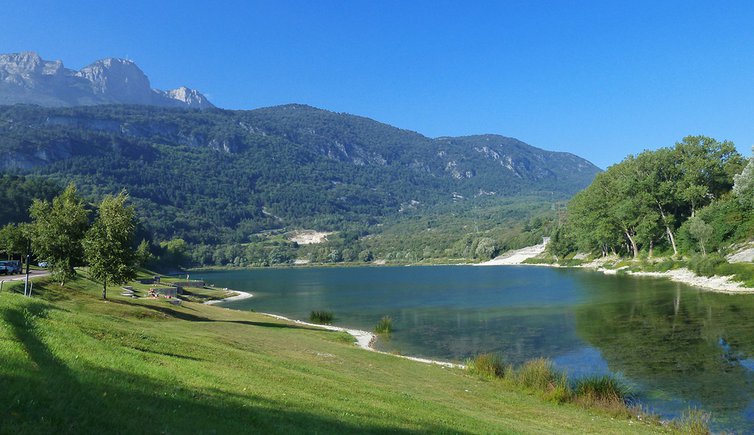 Lago di Santa Massenza, 1 Km seit Albergo Miralaghi; it arises following an alluvional barried caused  by Sarca River and conects to the Toblino's LAke through a Canal.  It is not bathing: the water is very cold becouse the connection to the Molveno's LAke  to the Hidroelectrical Plant (which could be visited) to Santa Massenza. 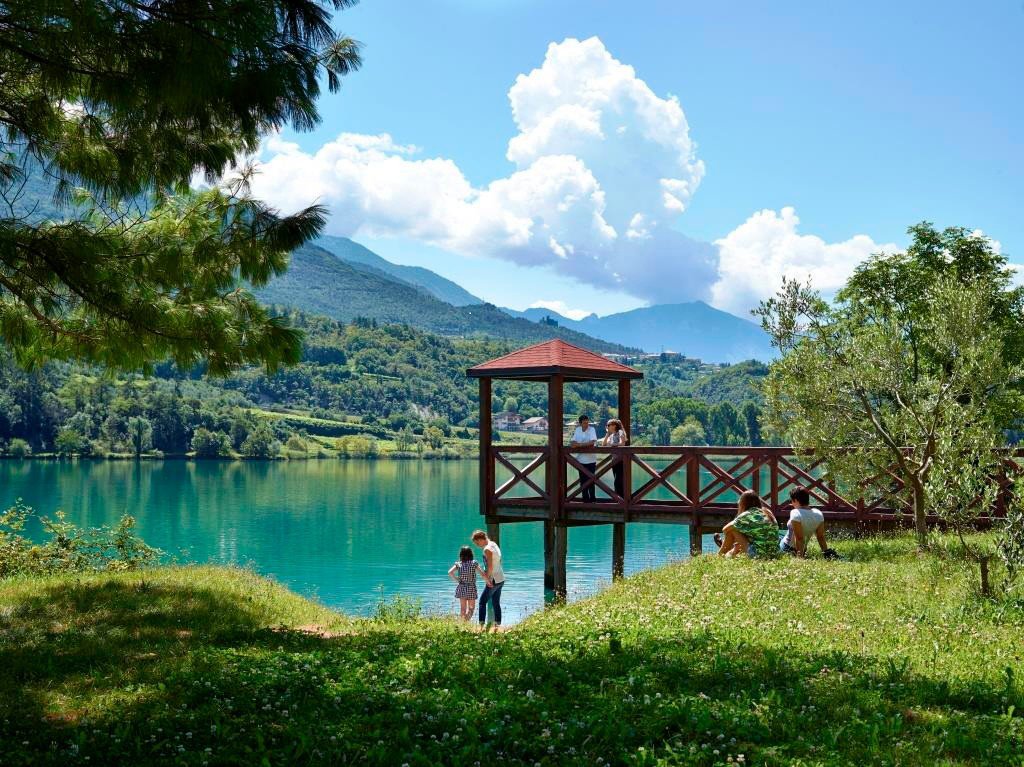 Lago di Toblino,  1 Km from Albergo Miralghi; has the same origin to the Santa Massenza's Lake. It's an alpine lake that, together with the sourrounding area  due to naturalistics, bothanich and ethological interest has been declared Biotopo and as such is protected by the Autonomous Provinceto Trento. 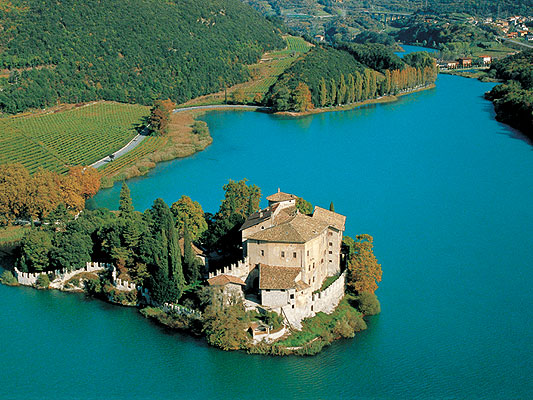 Lago di Cavedine, 9,5 Km from Albergo Miralaghi; is cited in the story "Senso" by Camillo Boito, is distinguished by the silenceand serenity of its place. The poor turistics exploitation has retained the characteristics of naturalness which belong this lake. 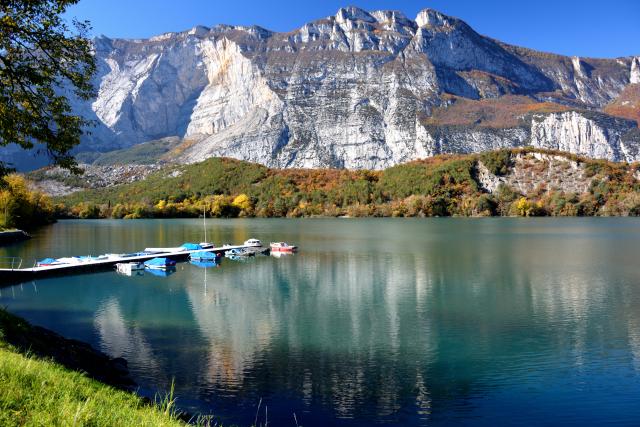 Lago di Lagolo, 15,7 Km from Albergo Miralaghi; is located 9540 meters abov the Ses's level. Its maximum deep is 7 meters.  It's bathing: in the sommer it's the destination for a lot of Turists which go in Monte Bondone. 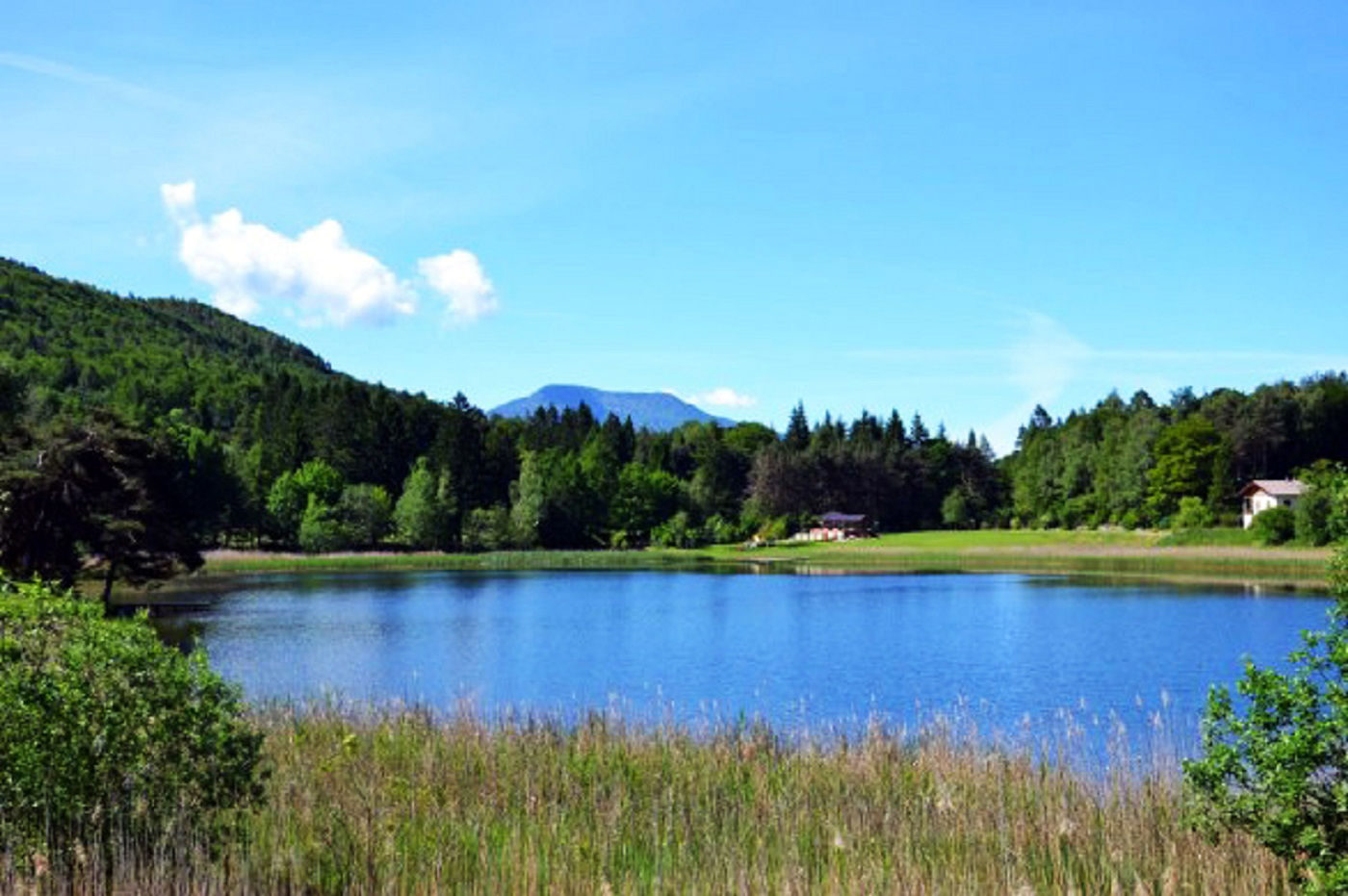